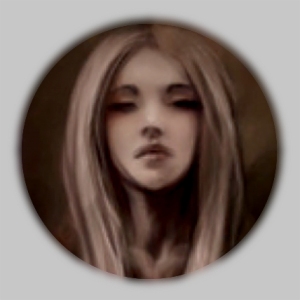 Aesthetic in the games

Woho big  task now waits me and it is decision which one Aesthetic I would choose from 8 Aesthetics that appear in game..  It will be connected with my assessment two assessments where in one of them I will have to design the game that will focus on chosen Aesthetic.

Aesthetic in the games:
Sensation – “To function as an art object, to look, sound or feel beautiful.”
Fantasy – “A game to be about something, a vehicle for make-believe.”
Narrative – “The ability for a game to function as a story, to unfold over time… think about a movie about a sporting event… there’s story content in the sporting event itself. Those things form a narrative.”
Challenge – “The ability of a game to provide you obstacles to overcome, problems to solve, plans to form.”
Fellowship – “All of the social aspects of games; the abiity for a game to function as a social framework. All the ways in which games facilitate human interaction.”
Discovery – “An opportunity for a game to function as uncharted territory — you could be a tourist walking around Disneyland, or you could be a tourist in the tech tree in Civilization and exploring it. To see a new space and become a master over it — that’s what I call discovery.”
Expression – “Whether it’s how you dress your avatar or it’s how you play. Using the game as a vehicle for expressing yourself.”
Submission – “The pleasure of a game as a mindless pastime, like the pleasure of knitting or organizing CDs on a shelf. Some people play solitaire because it’s an interesting problem; some play it for the pleasure of moving the cards around. The second is submission.” (Christian Nutt, 2008)

I feel like I really want to go with Fantasy as the thing which I love most is to experience in the games to be surrounded by  believable looking fantasy world.. to be a hero like from  good fantasy book with some natural abilities/talents that makes you different/special in surrounding you world.. and with this fact of being unique makes that story to be told and unfolded around you… live another life, in another world…. (I think I get to much in to Fantasy right now)

One of the good examples of game with such Aesthetic would be The Elder Scrolls V: Skyrim. Where you play as character who called as dragonborn. You can customize your character in any way you want.  I truly love this game even  though that I cry when I had to kill my few first dragons… I would rather adopt them… or like in game Drakan: Order of the Flame bond with blood and soul with the dragon! Now I’m being nostalgic. Despite the love to those games I would like to focus more on the newest game called The Witcher 3: Wild Hunt created by CD Project Red  together with great Polish writer Andrzej Sapkowski who introduce in his books Geralt of Rivia the witcher. “Geralt is a monster hunter for-hire. He possesses superhuman abilities, and is a master swordsman. During the Trial of the Grasses, Geralt exhibited unusual tolerance for the mutagens that grant Witchers their abilities. Accordingly, Geralt was subjected to further experimental mutagens which rendered his hair white and may have given him greater speed, strength and stamina than his fellow Witchers.” (“Geralt of Rivia – Witcher Wiki – Wikia,” n.d.) More basic information about character you can find here: link.

However I would highly recommend the Witcher books and the game Witcher 3 itself that is created as continuation of the books.